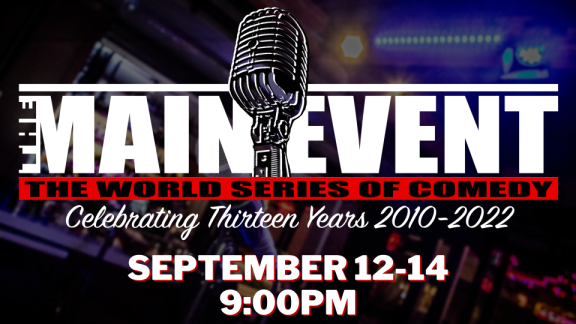 The World Series of Comedy is North America’s largest touring comedy festival. The WSOC produces 13 events per year in cities across the country, culminating in the year-end Finals, The Main Event. The comedians are chosen by an industry judging panel from over 500 submissions annually.

This year, the festival started in Ohio on March 16, and travelled around the country with additional stops in Atlanta, Phoenix, Las Vegas, Sacramento, Sarasota, Myrtle Beach, Minneapolis, Boston, San Diego, and Dallas before wrapping up the Live Satellite events in Colorado Springs in July. The Main Event is scheduled for the second week of September in Las Vegas, with the champion crowd at Brad Garrett’s Comedy Club on Saturday, September 17th.

Ages 21 years old and up

Doors open 30 min prior to show